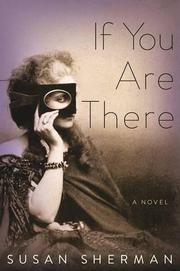 IF YOU ARE THERE

The allegiances of a Polish servant are divided between Nobel Prize–winning physicist Marie Curie and well-known medium Eusapia Palladino.

Like the spirits in the séances it describes, the plot in Sherman’s (The Little Russian, 2012) second novel is slow to materialize. Its central character, Lucia Rutkowska, is tracked lengthily from her unhappy Polish origins through her escape to Paris and her eventual job as maid and cook to a poor family with Polish roots, namely the Curies, to whom she becomes devoted. Paris in 1902 is a place of intellectual ferment, and people are just as interested in the strange energy manifested at séances as they are in the work of the rare lady scientist Marie Curie—“a Polish governess who marries a Frenchman, discovers radium, and receives a doctorate from the Sorbonne.” Struggling Parisian journalist Gabriel Richet has a different take on these facts and fads. His older brother, Charles, a physiologist running experiments on spiritualists, wants him to photograph the mediums at work, while his newspaper wants an article on the Curies. Sherman’s tale is a feast of detail and description, from the dangerous drudgery of the Curies’ work creating radioactive matter to the trickery behind the table-turning and ectoplasmic effects at the séances. Yet the pace and integration of her plot seem less focused. Lucia develops a friendship with Gabriel which waxes and wanes, as does her allegiance to the Curies. After attending a séance in Madame Curie’s stead, Lucia falls under the spell of Eusapia (like Curie, an actual historical figure), and she quits her job to become the medium's companion. A final tragedy will juxtapose the scientific and the psychical while leaving the question of what to believe open.

Evocative yet oblique, this meandering tale creates an intriguing milieu while leaving its confrontation between science and spirituality unresolved.