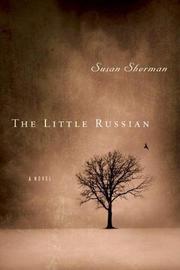 The novel opens with a gut-churning description of an 1897 pogrom in Little Russia (modern-day Ukraine). The 14-year-old boy who numbly watches a peasant beat his father to death, we learn, is Hershel Alshonsky. Seven years later, he catches the eye of Berta Lorkis, a restless grocer’s daughter who thinks Hershel will give her back the comfortable life she enjoyed as companion to a wealthy Moscow family. Berta doesn’t know that Hershel’s travels as a wheat merchant disguise his activities smuggling guns for the Bund, which aims to arm Jews against pogroms. They have nine happily married years before a gun raid gone wrong sends Hershel fleeing to America in early 1914. Berta refuses to join him, thinking she and her two children can remain secure in the affluence Hershel’s trade created; by the time she realizes her mistake, World War I has begun, and they are trapped. Scrambling to support her son and daughter, proud, cultivated Berta is reduced to a “house Jew” who digs up hard-to-find luxury goods and sells them to gentiles who admit her only at their back doors. The Bolshevik Revolution and ensuing civil war only make matters worse for Russian Jews, persecuted by all sides. Berta manages to scrape by and learns in 1919 that Hershel has sent for her. If she can only get to the American Embassy in Warsaw, she can save herself and the one child she has left. Sherman paints a refreshingly unsentimental portrait of a woman beset and a nation in the throes of revolutionary change yet still bound by ancient prejudices—so unsentimental, in fact, that it’s hard to care much about vain, self-centered Berta even after she is transformed into a tough, resourceful survivor.

Well-written and researched, but emotionally unengaging and probably not to the taste of those who like their historical fiction more reassuring.