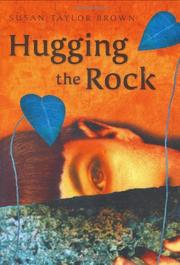 When Rachel’s mother runs away from home, Rachel and her dad can barely cope. In a series of bland verses, Rachel breaks up the time since her mother’s flight into sections labeled, The First Day, The First Week, The First Month, The First Year. As she and her father get to know one another, they cope with grief, guilt and their newly-forming affection for each other. Rachel’s initial shock and fury are tempered as she learns how her seemingly distant father always wanted a child and so convinced his pregnant, bipolar girlfriend to stay with him and raise their baby. Rachel’s growing comprehension of her mother’s mental illness is heartbreaking, despite the story’s troubling judgmental perspective of a severely ill woman whose issues with unplanned motherhood are presented as indifference. Despite weaknesses, a poignant tale of father-daughter love and friendship. (Fiction. 10-12)