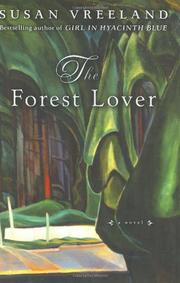 Carr (1871–1945) was perhaps the first Canadian woman artist to achieve international recognition, partly thanks to her studies abroad (in America, London, and Paris) and partly thanks to her association with the famed Group of Seven, a Toronto-based salon of painters who revolutionized Canadian art. In her third historical, Vreeland adds some invented characters and situations, but for the most part offers a faithful account of Carr’s career. Born in Victoria, British Columbia, she lost both of her parents early in life and was raised by her domineering elder sister Dede, who disapproved of Emily’s interest in painting and tried to prevent her from enrolling in art school. Because of an interest in Native American art that was unusual for her times, Carr lived for a while among the Squamish Indians of Vancouver Island, studying their crafts and rituals. There, she met Sophie Frank, a Squamish basket weaver who became both a friend and inspiration, as well as Claude Serreau, a French-Canadian fur trapper who was briefly Carr’s lover. The Indian themes that dominated her early work were not well received in Canada, so in 1910 Carr traveled to Paris to immerse herself in the new styles that were coming into vogue among modernists. In France, she befriended New Zealand painter Frances Hodgkins, with whom she spent a happy summer working in the countryside, but she found as little encouragement in Paris as she had in Vancouver. After a year, she returned to Canada and dedicated herself to painting the Native American villages, houses, and totem poles that were fast disappearing. Eventually, she mounted an exhibition at the National Gallery in Ottawa that established her as one of the leading artists of her day.

A sensitive, sober account of an interesting woman and her times, narrated with respect for the factual record and a minimum of heavy breathing.