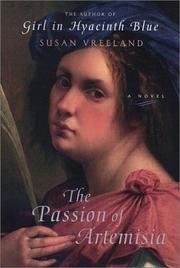 THE PASSION OF ARTEMISIA

After her brilliant Girl in Hyacinth Blue (1999), Vreeland shows a deep knowledge of art once more but also veers toward message and melodrama.

When she’s 18, the historically real painter Artemisia Gentileschi of Rome (1593–1653) is raped by another artist, Agostino Tassi, an associate of her father’s (himself the painter who taught the gifted Artemisia her craft). When the rapist is tried by a court of the Inquisition, it’s more as if Artemisia is the criminal than Agostino—who gets off free (thanks partly to Artemisia’s father, his own interests trumping his daughter’s) while Artemisia, after torture and public humiliation, is left only with a destroyed reputation. With father’s “help,” however, a husband is found—a painter again, Pietro Stiattesi. Artemisia moves with him to his hometown of Florence, where she’s happy to be “in the art center of the world” and soon gives birth to a daughter. The marriage may even have potential for happiness—until Artemisia, a far better artist than Pietro, is the first admitted to the Accademia, whereupon shallow Pietro reverts to his womanizing ways. Artemisia (with daughter Palmira) will leave Pietro behind (when she’s summoned by a new patron to Genoa), but not before meeting Buonaretti the Younger, being introduced to the Medici court, and growing into a friendship with Galileo. Life in Genoa will give Artemisia great success—until her past comes even there to haunt her. She will paint in Venice, Rome, and Naples; will see Palmira (who has no interest in painting) into marriage, then at last have a reconciliation, in chill England, with her dying father. Readers may learn much from the tale, but they’ll have to pardon Palmira’s seeming less like a child from the 17th century than like a kid from the mall, ditto the author’s oft-clumsy expository intrusions (“ ‘Creating such a complex work, with all parts working harmoniously together, must have taken constant, absorbing thought’ ”).