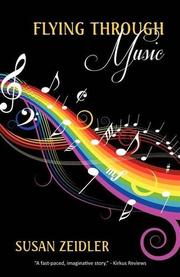 A girl transports to an alternate musical universe to save her friend in Zeidler’s (The Practice Room, 2009) mystery for young teens.

Three years ago, Zoey Browne’s world changed for the better when she discovered she could transport to a magical world called Musicland. There, she cultivated a talent for keyboard playing and reunited with her amnesiac, rock-star father. Now 15 years old, Zoey is spending her summer on tour with her famous dad. Weary of the road, she meets her best friend in Oshkosh, Wis., for an annual air show. When her friend Nathan disappears in a puff of purple smoke during a flight demonstration, Zoey must use her power to rescue him. She quickly realizes the morbid connection between music and aviation when she’s transported back to “The Day The Music Died.” Legends Buddy Holly, Stevie Ray Vaughan and Glenn Miller all died while flying, and now a nasty villain is trying to send Nathan to the same fate. The premise is certainly original, if far-fetched, but young readers with an interest in music will relish the trivia and lessons embedded in this story. Zoey develops as a musician while grappling with typical teen issues—her relationship with her father, a crush on a cute older boy, self-awareness—but heavy plot points dominate the latter half of the book. At one point, Zoey, Nathan and other time-traveling characters land in a Nazi concentration camp with a group of jazz-loving German youths. There they witness and endure great horrors. Through it all, Zeidler portrays music as an idealistic beacon of hope, the solution to all of life’s mysteries. This philosophy is explicitly stated many times but would have been better conveyed if subtly expressed through plot development.

A fast-paced, imaginative story ideal for young readers who understand the urge to make music.

WHAT A SONG CAN DO
by Jennifer Armstrong
Children