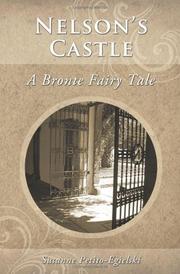 A debut novel infused with magic realism in 19th-century Sicily.

Petito-Egielski’s novel uses the history of the small Sicilian village of Bronte as a basis for a tale about unlikely heroes who break free from oppression. The narrator, known as Muntagna, has been living as a hermit far from his home village, where everyone considers him a coward. He’s haunted by the ghost of his cousin Alfiu, who led a peasant revolt against the British landowners but was killed for his bravery. Muntagna earned his reputation as a coward for not taking part in the revolt. Alfiu’s ghost wants Muntagna to look after his daughter, Gratia, whom he knows to be in danger. Muntagna returns to Bronte in the form of a dog and spends his days spying on Gratia through windows and doorways. Alfiu’s widow has gone crazy with grief, but she’s sure her daughter can redeem everything by murdering the wealthy landowners in the castle. Gratia’s life is a difficult one; thankfully, though, Muntagna’s wife, Vincenza, keeps an eye on her. Shunned by the village for her wild red hair, which villagers fear marks her as a daughter of the devil, Gratia becomes friends with another outcast, a shepherd boy. When a deadly illness sweeps through Bronte, the healing arts that Vincenza has taught her lead to Gratia being called into service at the castle. Now within range of those whom her mother expects her to murder, Gratia finds herself questioning her duty. Touches of magic and fantasy color this historical tale, with Gratia able to summon magical powers to help her in times of need. Muntagna tells the story in a colloquial, sometimes-poetic style with passages such as “ ’Neath the sheets that August night, I was safe from peasant madness. ’Neath the sheets that night, I was a coward through and through.” The narration and dialogue are filled with Italian words and phrases, some translated, some not—a style that further slows the book. Patient readers will be rewarded with a satisfying conclusion.

A little-known historical event is brought to life in this stylized, creative retelling.