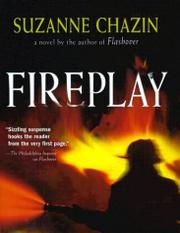 Back for the third time (Flashover, 2002, etc.), Fire Marshal Georgia Skeehan is hot on the trail of the evil arsonist who might be behind the murder of her father.

But something vital has gone out of Georgia, who was so spunky and appealing in earlier appearances. She’s lost the panache, the style, the wit that made her fun to be with. Now she makes such brilliant observations as “You can’t take the law into your own hands,” as if cliché has suddenly become second nature. When an arson fire fells two veteran firefighters, a third, a rookie, blames his inexperience for the deaths. Suspected of having set the blaze is a remorseless baddie named Mike McLaughlin, also known as the “Freezer” for reasons related to chopped-up body parts. For all his grisly habits, McLaughlin remains a by-the-numbers villain about as nuanced as a fire hydrant. The FBI agents who impede the FDNY’s investigation and make Georgia’s life miserable are dishearteningly familiar. Her current and former lovers are little more than stick figures. Even the firefighters, heretofore so fully realized, seem downright derivative. In the end, Georgia solves the mystery of her dad’s murder, helps bring peace of mind to the rookie and justice to the Freezer, and learns in the process that “life was never clean and simple.” Probably a reader or two could have told her that.

Plenty of fires, but where’s the spark?