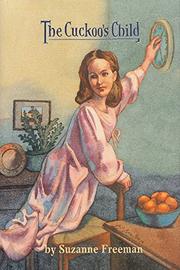 In 1962, an American couple, residents of Beirut, suddenly disappear while sailing off the coast of Greece, and their three daughters are returned to the US to the custody of an aunt they barely know. The story is narrated by Mia, the youngest, who spends a summer in limbo in her aunt's Tennessee home, waiting for news of her parents, savoring the ordinary American milieu for which she has yearned, and adopting a series of compulsive rituals that she believes will bring her parents back. By summer's end, Mia has begun to accept both her loss and the possibility of life in a restructured family. The characterizations are utterly believable—the older half- sisters' endearing pseudo-sophistication, the aunt's exasperation, and Mia's descent into pathological behavior. Freeman's debut deals sensitively with issues of freedom and responsibility, alienation and ``belonging'' as they work themselves out in the untidy, intertwined skeins of human relationships. But the perfunctory treatment of the parents' disappearance in an otherwise highly detailed novel saps credibility from the rest of the vividly imagined and beautifully voiced writing (the depiction of 1960s small-town life is superb). An uneven first novel from an author of tremendous promise, and a journey of self-discovery well worth reading about. (Fiction. 10+)