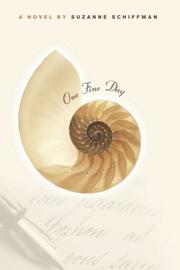 The liberal-minded daughter of American upper-middle-class conservative parents experiences heartache and disillusionment during the Vietnam War era as she moves along a tumultuous course put into motion after she meets and falls in love with a handsome young Frenchman.

In her debut novel, Schiffman brings Joanna Bruckner, about to start her freshman year of college, together with Lucien, who is traveling around the United States playing guitar and making money on street corners. Lucien makes a move on Joanna when he notices she is reading the French-language version of Albert Camus’ The Stranger. In an attempt to establish the pair’s commonality, Schiffman introduces their exchange of French phrases into the text. But the author also strongly implies that the relationship is most likely doomed, which undercuts the tension and suspense; their first evening together, Joanna tells Lucien she believes in free will to make life-altering choices while Lucien responds that he believes in predestination. After separations and painful self-acknowledgment about the nature of their relationship, Joanna becomes involved in an affair with a student of Zen, but ultimately finds no love or consolation with him. She feels she does not have the love of her father, from whom she so greatly desires it. This is brought out in Joanna’s thoughts early in the book, and Lucien says that very thing to her when he makes it clear that she is not the woman who rocks his world the most, even after she surprises him by showing up and staying with him in his hometown of Strasbourg. Joanna comes to a decision about the true meaning of love after a letter bomb—planted in her father’s office because his company produced Agent Orange—seriously injures him. This book, whose evenly paced and well-written action is, however, to a great extent predictable, will take college-educated middle Baby Boomers on a nostalgic trip back to the “crazy Asian war” years of drugs and demonstrations. Schiffman’s colorful descriptions of hippie culture, living spaces and nature evoke images so vivid that the reader will easily see and feel them.

A vividly described, if predictable, exploration of an intense era of American history.