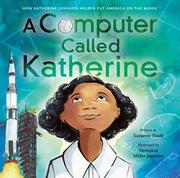 How Katherine Johnson Helped Put America on the Moon

Katherine Johnson had a passion for numbers and made herself indispensable to the early space program.

On the heels of the acclaimed book Hidden Figures, by Margot Lee Shetterly (2016), and the film of the same name, this picture book tells of one of NASA’s human computers, Katherine Johnson. Katherine skipped both first and fifth grades because of her math skills, which put her ahead of her older brother in school. She finished eighth grade at age 10 and started college at 15. Throughout this compellingly told biography, the narrator compares social wrongs to miscalculated math problems, as in the sexist belief that “women could only be teachers or nurses. Katherine knew that was wrong—as wrong as 10 – 5 = 3.” She also objected to segregation and to her exclusion from meetings at Langley Aeronautical Laboratory that had only ever been attended by men. Because she broke barriers that sought to limit her abilities, Katherine stands as an important example of persisting to make change. Illustrator Jamison beautifully conveys in illuminating watercolors both how much Katherine enjoyed numbers and how determined she was to succeed in a male-dominated field. Informative backmatter includes a historical timeline and notes from the author and illustrator.

An excellent way to introduce young readers to an African-American female mathematician who deserves to be remembered and celebrated.