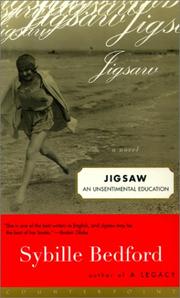 The second of Bedford’s four novels to be reissued by Counterpoint (see below), this sequel to A Legacy follows its character into the limbo years between the world wars. Shortlisted for the Booker Prize in 1989, Bedford’s largely autobiographical story draws on many elements of Bedford’s unusual childhood, as she explains in a new introduction that sorts fact from fiction. Among the facts: like Bedford, her narrator and father have been abandoned in penury by her mother, who eventually returns for the daughter, who tags along on European jaunts until the two settle among the artsy English in London. Kirkus recognized the novel as a “quasi-memoir” and thought the secondary characters (including the Huxleys as themselves) “glimmered.” But the narrator herself, we found, was “pale” and “idealized” and endowed with an unearned charm. Though Bedford’s “polished, unobtrusive prose elevates,” it “never electrifies.” “Luminous,” yes, but “unaffecting.”