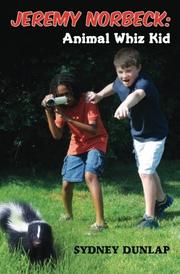 In this engaging middle-grade novel, a fifth-grader tries to find a way to earn money for the upkeep of his assorted pets.

In young Jeremy’s room, “just about every flat surface…was covered with a cage or a tank containing an animal, or some kind of pet supply.” He loves to observe wild and domestic animal behavior. But money is tight after Dad loses his job, and Jeremy has a menagerie to take care of, including a growing lizard named Firebeard. His parents explain that “[i]t’s the economy. It’s happening everywhere,” but with Jeremy’s best friend, Zac, moving away, he can’t bear to lose his pets, too. A new cage for Firebeard is a pressing priority, and Jeremy’s other critters, including a dog, a cat, a dove and a hedgehog, need food and bedding. He launches a business to teach people how to care for their pets, but it gets off to a rocky start when his first client turns out to be first-time dog owner Hallie, his snooty classroom nemesis. But when Jeremy’s couch-potato brother tells him about a kids’ TV quiz show with a big-money prize, Jeremy formulates a plan to get accepted as a contestant—and he aims to win. Debut author Dunlap’s deft narrative includes well-integrated animal lore as well as a light touch of humor: Mom practices taekwondo in the yard, and Dad has a green thumb and talks to his plants (“ ‘You can do it,’ Mr. Norbeck said, leaning close to some lettuce. ‘Reach for the sky’ ”). The author also relates Jeremy’s compassionate, single-minded interest in all things animal with genuine feeling. When Jeremy accidentally trips over his cat, Tabasco, for example, he scoops her up, apologizes and makes sure she’s not hurt, and although he really doesn’t want to work with Hallie, he still wants her little dog to be safe and well-cared-for. In the end, one of Jeremy’s moneymaking ideas pays off unexpectedly for everyone—even Firebeard.

A highly appealing novel for tweens about a resourceful animal lover and his family and friends, infused with gentle humor and informative tidbits about animals of all kinds.