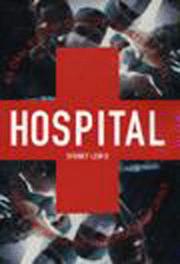 In her debut, Studs Terkel protÇgÇe Lewis fumbles an attempt to create a portrait of Chicago's Cook County Hospital by recording the voices of its staff and a few patients. Subtitle notwithstanding, this is not truly the history of an institution that was established in the 19th century: Only a handful of individuals have recollections going back even to the 1940s and 1950s, and inner-city social problems get as much attention as the hospital itself. A portrait of sorts does emerge from Lewis's selections, all of which were recorded in 1993, and it is both comforting and horrifying. Many of the employees who were interviewed—doctors, nurses, administrators, housekeepers, elevator operators, etc.—care deeply about Cook County, and they work hard at their jobs, but the stories they tell reveal shortages and shabby physical conditions, mistakes and oversights by harried caregivers, and interminable waits by patients. Outside the hospital lurk poverty, homelessness, and increasing violence, which affect everything the staff tries to do about the multiple chronic illnesses, infectious diseases, and trauma that bring patients to Cook County's doors. Lewis's questions are not included, but she clearly sought her interviewees' thoughts on health care reform and the hospital's future. A single-payer plan of some kind is the favorite of those who have given thought to reform, and the medical staff speak hopefully of increasing community outreach through outpatient clinics that would stress prevention and primary care. Buried here is a picture of a system in crisis struggling to find its way, but the task of wading through more than 60 seemingly unedited and often redundant transcripts is a tedious one. A mountain of raw material out of which a useful book could have been shaped.