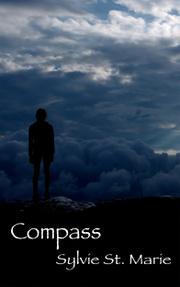 A 14-year-old girl’s supernatural talent sparks winds of change in this dystopian YA novel.

For as long as she can remember, Cassandra has always known where north is. She lives in Sector 17 with her uncle and parents, all of whom are Agricoles who work at Blissful Woods, a deep forest theme park where they “depict” the seasons for the visiting Technostians. In a world carefully controlled by the Daisy Consortium, Cassandra and the other Agricoles attend school only until age 10, work in the Blissful Woods, and are forbidden to speak of the past—especially the books, the old world and the attempted uprising that took place when Cassandra was 4. Uncle Solon takes a special interest in Cassandra, though, and breaks these rules to teach her to write. Despite this, when the Agricole children are tested for a special Consortium school, it’s her best friend Rachel, not Cassandra, who’s chosen. Cassandra could be content to work with her family, preparing for the sugaring “Depiction” of the snowy maple trees, but a visit to the weather station reveals that Cassandra’s internal compass can also control the wind. Shortly after, Cassandra is visited by men on horseback who want to see her compass in action for themselves. When Cassandra shares the interaction with her family, Uncle Soron explains that the horsemen are the Liber Voy, the mix of Agricole and Technostian rebels behind the uprising years ago. They come forward to explain how Cassandra’s gift could help them win the rebellion, though not before the Consortium intervenes. Cassandra’s parents abruptly flee Blissful Woods, leaving a note for Cassandra to meet them at the Colony, the main Consortium sector. Something is amiss in the request, but Cassandra goes with a band of young Agricole girls auditioning for a Moulin Rouge Depiction at the Colony. Once there, though, the girls are led not to an audition but to prostitution. Cassandra’s anger unleashes the wind, and she soon finds Rachel in the Colony. No one appears to be who they say they are, and Cassandra must choose between the greed and power that tempt her or the Liber Voy who say she could save them all. Engrossing from the start, the plot moves at a good clip, though dialogue, which can often sound rote and redundant, rules most of the story. Thankfully, that changes when Cassandra embraces her power and finds her voice. The narration lacks the detailed beauty of dystopian novels like The Giver (1993), but the story is nonetheless clear and heartfelt. Readers may wish for a deeper portrait of Cassandra, especially since compassionate, humorous Uncle Solon is so well-developed. Meanwhile, Cassandra seems to be what the people around her want her to be; fierce Katniss Everdeen she is not.

A sharp story with not one false note, rendered with eerie tones and a revealing commentary on money, power and loyalty.