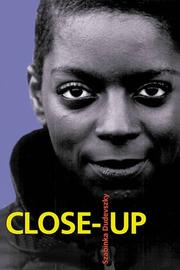 “On the basis of their own words” Dudevszky wrote first-person accounts of the sad ordeals of several teenagers who are unable to reside with their families. There are reasons—often a list of reasons—the teenagers no longer live at home, and none of them are good. Marco’s father molested his sisters, Brenda’s parents were addicted to alcohol and drugs, Manuela’s father beat her, and Leyla had to escape from Iran for political reasons. The message that trumpets through is how desperately these youngsters, most living in foster or group homes in the Netherlands, need attention and affection. Jerry, a youth home resident, says, “I don’t get homesick at all. I don’t see my parents that much. They don’t come on my birthday. Well, so they don’t. I’m not going to lose sleep over it.” Maarten, 16, who was moved six times in four years, says, “I often felt lonely. Every time you go to another place you’re all on your own again.” Although the book is worthy, the tone is understandably depressing, and after a while the individual stories lose their bite. Readers who have the pertinacity to get through it will root for Asena and her “number-one wish,” which is “to become happy.” (Nonfiction. 12-14)