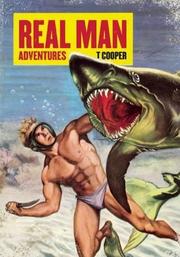 Sublime confidence and spirit distinguishes this unorthodox memoir of gender and identity.

Novelist Cooper (The Beaufort Diaries, 2010, etc.) establishes his point of view early on when describing himself as a droll, outspoken, Jewish, darker-skinned man who has undergone gender reassignment surgery. Wholly at ease in his own skin, he unleashes a flood of provocatively opinionated, informative slices of his life as a fully transitioned female-to-male American. With lively writing throughout, Cooper presents haiku pieces, childhood memories and the “sitting down to urinate” debate creatively interwoven with frank discussions of transgender violence, poignant commentary from his wife, who constantly fears for her husband’s safety (they live in a “decidedly conservative and religious” Southern state), and the author’s innermost fears. Cooper also shares varied versions of a revealing 2009 letter to his parents explaining how their daughter is now (and has always been) “basically a dude.” Extended interviews with “seasoned tranny” Kate Bornstein, Cooper’s brother (a member of the LAPD) and the parents of other transgendered acquaintances are probing, entertaining and revealing. The author’s inner journey toward self-awareness seems to have been relatively smooth, other than a series of conversational minefields he encounters regularly when discussing his gender identity with others. But chapters on his own personal confusion and uncertainty demonstrate a distinct consciousness for the paradoxical nature of the transgender experience at large.

A memoir infused with personality and the ballsy honesty of someone for whom becoming a man was “the most natural thing in the world.”