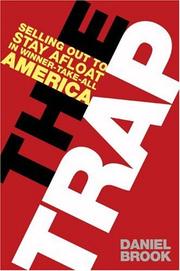 Taking a sharp left turn from the literary path trod by fellow Yale grad William Buckley, Brook (class of 2000) enters the public-policy arena as a vehement opponent of the conservative agenda he declares responsible for a nation increasingly separated by class. We have a society defined by everything that money can buy, Brook states. The egalitarian America created by FDR’s New Deal was intentionally dismantled once conservatives in the 1960s got a gander at the results: working-class kids going to elite schools, blue-collar jobs with middle-class salaries, pensions and health care. Today, by contrast, big corporations have abrogated the social contract. Prestigious universities have raised tuitions so high that their students either come from vast wealth to begin with or graduate with a load of debt so crippling that only a huge salary will keep them solvent. Well-educated lefties either starve or sell out. With fine, often ad hominem rhetoric and anecdotal examples from both coasts, our angry polemicist examines societal gaps in housing, schooling, employment and health care. He addresses regressive tax policy and white-shoe law firms. Target, Wal-Mart and Google get theirs, and he takes on the diverse philosophies of Bill Clinton, Barry Goldwater, Milton Friedman and the Gipper. Brook has done his homework; he cites census figures, for example, to make his point that Manhattan at the end of the 20th century “had income disparities on a par with the African nation of Namibia, the most unequal country in the world.” Along with copious evidence of an unjust society, he offers a few simple suggestions for domestic improvement.

The debut of a sharp new pundit, just in time for an overdue national debate.

THE ACCIDENT OF COLOR
by Daniel Brook
Nonfiction

A HISTORY OF FUTURE CITIES
by Daniel Brook
Newsletter sign-up