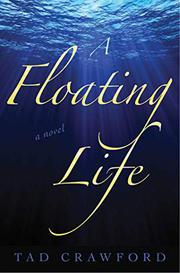 In Crawford’s world, boundaries, especially those between people, are semipermeable membranes with tenuous connections to reality.

At times, Crawford seems to be channeling Kafka or Borges, a feeling reinforced when, at a party his unnamed narrator engages a vaguely familiar woman in conversation. She informs her interlocutor that she’s written a letter to her husband, outlining his deficiencies and the hopelessness of their marriage. The narrator finally figures out whom he’s talking to—his wife. Equally dreamlike sequences emerge from this one. The couple decides to live in separate bedrooms in their apartment, but when this turns out to be unfeasible, the narrator goes to look for a new place to live. The real estate agent he talks to firmly rejects some of the narrator’s choices and eventually tells him he’d be happy in a small efficiency, but the building is being constructed under this apartment, deep in the ground, so in a surreal way, the apartment is actually a penthouse. One of the most important connections the narrator makes is to The Floating World, a weird and elusive shop where one can buy model ships, something the narrator starts to develop an intense interest in. The shop is located in a brownstone with no identifying marks, and its proprietor is a Dutchman who goes by the nautical name of Pecheur. Over time, the narrator and the shopkeeper become quite close, the latter taking on the narrator as an assistant. In addition to the death of Pecheur, the narrator ultimately must also confront his erectile dysfunction as well as the dilemma of waking up in an infirmary where he breastfeeds an infant, rather unusual since the narrator is a man.