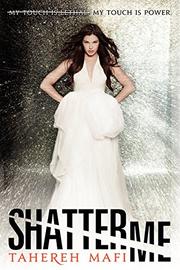 A dystopic thriller joins the crowded shelves but doesn't distinguish itself.

Juliette was torn from her home and thrown into an asylum by The Reestablishment, a militaristic regime in control since an environmental catastrophe left society in ruins. Juliette’s journal holds her tortured thoughts in an attempt to repress memories of the horrific act that landed her in a cell. Mysteriously, Juliette’s touch kills. After months of isolation, her captors suddenly give her a cellmate—Adam, a drop-dead gorgeous guy. Adam, it turns out, is immune to her deadly touch. Unfortunately, he’s a soldier under orders from Warner, a power-hungry 19-year-old. But Adam belongs to a resistance movement; he helps Juliette escape to their stronghold, where she finds that she’s not the only one with superhuman abilities. The ending falls flat as the plot devolves into comic-book territory. Fast-paced action scenes convey imminent danger vividly, but there’s little sense of a broader world here. Overreliance on metaphor to express Juliette’s jaw-dropping surprise wears thin: “My mouth is sitting on my kneecaps. My eyebrows are dangling from the ceiling.” For all of her independence and superpowers, Juliette never moves beyond her role as a pawn in someone else’s schemes.

Part cautionary tale, part juicy love story, this will appeal to action and adventure fans who aren't yet sick of the genre.