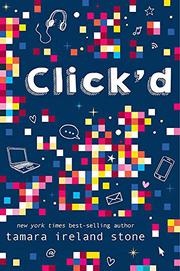 After she releases the mostly untested game at school in the fall, it’s an instant hit. Students all over campus are playing. Then Allie discovers that the game can accidentally release confidential information to other players. Entered in a teen coding competition at week’s end, she’s desperate to fix the bug, losing sight of the fact that the game has other unintended consequences as well. Classmate Nathan is also planning to compete. Less outgoing than Allie, he’s made coding the focus of his life. He could use a friend, but Allie has always regarded him as competition, not a soul mate. Even after he helps her with her programming issues, she remains suspicious of him. She has to (believably) stumble and fall before she finally begins to gain some needed wisdom and maturity. Though Latinx heritage is hinted at in her name, it doesn’t emerge beyond that. One of her coding friends is black; Nathan is white. Often the computer nerds in children’s literature are male; depicting a competent female (who is also not a social pariah) is a welcome twist, joining a little boomlet of similar books. Genial Allie’s disappointments are fully credible.

Entertaining and engaging, this effort may especially appeal to computer-savvy young teens.