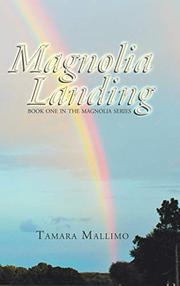 A debut historical novel focuses on the friendship between two teenage girls, one white and the other black, living on a Georgia plantation during the Civil War.

Malayna Wellington and her best friend, Hattie Wellton, were born hours apart in October 1845. Malayna’s father, John, is the wealthy white owner of the 1,920-acre Magnolia Landing plantation. Hattie is the daughter of plantation slaves. Raised in the protected bubble of privilege, Malayna narrates this slim book in a voice filled with youthful innocence. She describes Magnolia Landing as a refuge of sorts for slaves who were treated cruelly on other plantations: “No one ever went without, no matter what the color of the skin.…It was this forward thinking that kept the Wellingtons on the edge of the elite social realms of Southern gentility.” When war breaks out in 1861, John draws up papers giving his slaves (or “necessary helpers,” as Malayna’s mother likes to call them) not only their freedom, but also an acre of plantation land per family. But soon enough, all the able-bodied men join the Confederacy. The two naïve but determined 15-year-old friends, with the help of Malayna’s youngest sister, Johnna, divvy up responsibilities for maintaining the plantation. The harsher realities of war are brought home when Union troops encamp at Magnolia Landing. Northern men and Southern women find they have much to learn about one another in this simplistic yet engaging series opener. There are enough incidents of violence instigated by the novel’s villain, the despicable Union Capt. Sinclair—including spooked horses and an attempted rape—as well as a few budding romances to keep the tale moving. Mallimo’s prose carries a gentle Southern cadence and reflects the more formal linguistic style of the period. The narrative is mainly plot driven, with a large supporting cast of minimally developed secondary characters. And many readers will object to the portrayal of white slave owners as kind and generous. But Malayna is a likable and feisty heroine. In the annoying tradition of old-time magazine serials, the book ends in the middle of an action scene.

An uneven war tale with a young, spirited protagonist.