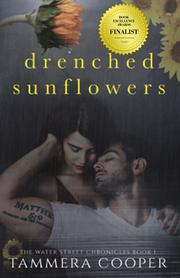 A new resident of a small Southern town finds herself pursued by ghostly guardians and real-life villains.

Beth Pearse has moved to Washington, North Carolina (the author’s real-life hometown), to make a fresh start. Five years after her husband, Brad, drowned due to an unexpected muscle cramp, Beth sets her sights on renovating an old building in close-knit historical Washington as a combination art gallery and home. Beth quickly falls for Sam Howard, a born-and-raised Washingtonian and historical preservationist who is involved in Beth’s renovation project. The relationship soon becomes romantic, but Beth continues to experience ghostly visions of a black woman warning Beth to watch her back. After Beth learns her new home was once a stop on the Underground Railroad, she and Sam discover the ghost’s identity: Selah Brown, a young woman who bought her freedom through sewing but met an untimely fate on her way to a new life. Beth settles into Washington life, making friends with construction worker Jose and his wife, Hellen, while keeping in contact with her business partner, Parisian art dealer Martin, and his family. In the meantime, Beth learns more of Selah’s story through the woman’s diary as Selah’s ghost continues to appear, guarding Beth from a person Selah can’t yet name. But when Beth is kidnapped by an unknown assailant and Martin receives ransom demands, he and Sam must team up to find out who’s keeping the woman against her will—and take a hard look at Washington’s own townspeople. Cooper’s (Sleeping Mallows, 2019) passions for local history and Southern charm are evident throughout the book, woven into an exciting story full of twists and turns as well as plenty of romance between Beth and Sam, two intelligent equals who respect each other’s work. Unfortunately, the writing style is overly formal and clumsy. Every character sounds the same—only Selah’s voice differs slightly from that of her modern-day counterparts—and flashbacks to Selah’s past, a recurring theme at first, cease halfway through.

A fascinating plot involving past and present bogged down by first draft–esque prose.