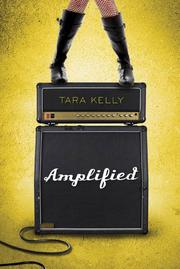 This chronicle of a shy guitarist's summer living with a rock band poses bigger questions than it answers but tells a likable story nonetheless.

Kicked out of the house by her strict father after she decides to defer her college admission, Jasmine is determined to prove that she can make it on her own. Looking for a room to rent in Santa Cruz, she finds an industrial band seeking a live-in bandmate and tries out. Kelly (Harmonic Feedback, 2010) relates each musical challenge—Jasmine's tryout, a bad gig, a final, triumphant performance—as a tense action sequence. The author gives enough imagery and context that even the musically uninitiated will appreciate her descriptions, though readers who understand licks, riffs, arpeggios, EBows and wah pedals will get a fuller effect. Veta, the moody-but-loyal lead singer, is the best realized of the colorful cast; other characters feel a bit more sketched in. A romance between Jasmine and one of the band members is satisfyingly paced, and the energy between them is as charged (without being graphic) as some of the scenes between Jasmine and her guitar. Some of the novel's big questions are left open: Jasmine's relationship with her father, for instance, or what it means to start a relationship with a roommate.

A treat for industrial-rock lovers; a pleasant summer read for others.