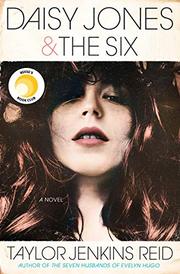 What ever happened to Daisy Jones and The Six, the iconic 1970s rock band that topped the charts and sold out stadiums? It’s always been a mystery why the musicians suddenly disbanded.

Reid (The Seven Husbands of Evelyn Hugo, 2017, etc.) takes an unusual approach to dissecting the breakup of the fictional rock band by offering a narrative composed solely of transcribed interviews. At the center of the documentary-style novel is the relationship between lead singer Billy Dunne, recovering addict and aspiring family man, and sexy bad girl Daisy Jones, whose soulful voice and complex lyrics turn out to have been the missing ingredient The Six needed. When Daisy joins the band, the group catapults to fame, but not without cost. She refuses to simply fall in line and let Billy make the artistic decisions. In doing this, not only does she infuriate the band leader, she also sets an example for other members who are only too happy to start voicing their own demands. Over time the tension between Billy and Daisy grows increasingly more complicated, threatening to take its toll on Billy’s home life. He is fiercely loyal to his wife, Camila, while also being fully cognizant of his weaknesses—a torturous combination for Billy. Other band members have their own embroilments, and Daisy’s bestie, disco diva Simone Jackson, enhances the cast, but the crux of the story is about how the addition of Daisy to The Six forever changes the chemistry of the band, for better and worse. There is great buildup around answering the big question of what happened at their final concert together, though the revelation is a letdown. Further, the documentary-style writing detracts from the storytelling; it often feels gimmicky, as though the author is trying too hard for a fresh and clever approach. This is a shame because her past novels, traditionally told, have been far more engaging.

Despite some drawbacks, an insightful story that will appeal to readers nostalgic for the 1970s.