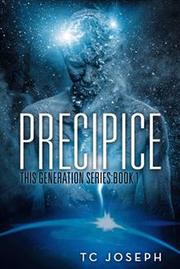 In Joseph’s debut sci-fi novel, there’s intelligent life beyond humanity—and it wants to play a direct role in human progress.

This rollicking book weaves together the stories of a handful of characters whose seemingly normal lives become marked by unexpected, bizarre and apocalyptic events. Kimberly Martin, a young Georgia woman, is plagued by visitations from extraterrestrials who want to use her body for mysterious purposes. She becomes pregnant during a late-night bar encounter, short-circuiting the aliens’ interest. Meanwhile, her brother, Benny, a New York preacher, convenes with a supernatural, otherworldly spirit, and offers up his sister to be a surrogate mother for a new, hybrid species. An insectoid presence known as the Lady visits Sarah Matheson, a student at Calvary Bible College in Texas, and informs her that she will bear a divine son. Chris Altenbrook, a talented football player with a penchant for Biblical prophecy, leaves behind an athletic career and girlfriend to join the priesthood. Later, Sarah’s son, Zack, learns of his place in a vast plan to bring about a new world order. Benny increasingly becomes involved with a mysterious cadre of Vatican reformers, who recruit him to their endeavor; still later, Kimberly’s children, Gabe and Michael, find themselves in danger while studying in West Germany. Beginning in 1969 and progressing in decade-long intervals, this first novel in Joseph’s This Generation series is a suavely futuristic story about a major shift in the paradigms of Western civilization and religion. It effectively combines humanistic sympathy and ambitious speculation about the cosmos’ trajectory. The narrative is steeped in the author’s knowledge of the prophetic traditions of Abrahamic, Eastern and esoteric religions, and engagingly mixes science fiction with psychological drama.

An unusual, enjoyable novel for readers interested in religious history and speculative fiction.