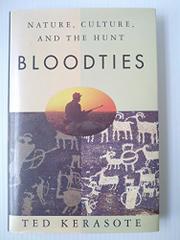 Nature, Culture, and the Hunt

A potent exploration of the gray line between ``sport'' and subsistence hunting. Kerasote (a Sports Afield columnist) begins by describing his stay with the Inuit of Greenland, who must hunt seal, cod, narwhal, and polar bear—or die; practically their only Western artifact is the rifle, used only in particularly dangerous situations. In language so brilliant and vivid that it puts the rest of his narrative in the shade, the author tells of four-day hunts on the edge of the ice pack with sled and dogs; the stalking of seals; and the sharing of a piece of steaming raw liver with his hunter-sponsor. Next up is Kerasote's visit with one of the world's greatest trophy hunters, Bob Kubick, who welcomes Kerasote into a veritable forest of heads in his house in Alaska. Kubick is a singular purist—one who, for example, has for days stalked a ram though the snow at 19,000 feet, only to pass up a shot because the prey was not perfect in some way. Kerasote then travels to Russia with a party of paying duffers who—to his revulsion—corral big-horn sheep with helicopters while their guides slaughter the hapless animals with submachine guns. Finally, the author spends several days debating the director of Cleveland Amory's Fund for Animals, Wayne Pacelle. When Pacelle inveighs that hunters contribute only about 3.5 percent of the cost of running the National Wildlife acreage, Kerasote gently reminds him that big-game hunter Teddy Roosevelt had 150 million acres set aside as a wildlife refuge. A winning hand of up-to-date cards in the deadly serious hunting game.