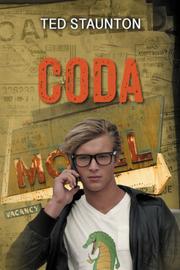 From the Seven Sequels series

When 16-year-old Spencer’s cousins decide to investigate their mysterious grandfather, Spencer is not sure he wants any part of it. But when his brother, Bunny, is kidnapped by a radical political faction from the tiny backward nation of Pianvia, he quickly finds he is involved, like it or not.

For Spencer, a budding filmmaker who harbors a secret desire to be James Bond, the cloak-and-dagger spy world is a perfect fit. However, he quickly finds out that being a spy is a lot harder than he thought. With his parents away, it is up to Spencer, his crush-worthy friend, AmberLea, and her infuriatingly perfect friend Toby to find the missing Pianvian anthem, save a teeny-bopper pop star from a would-be assassin and rescue Bunny, all while trying not to get arrested or even killed. Spencer’s story is one of seven linked tales, each following a different cousin on his quest to find the truth about their grandfather. Part 007 and part Mr. Bean, Spencer is the perfect combination of nerdy secret agent and bumbling, lovesick teen. Surprising twists, dangerous foes and a generous helping of mac ’n’ cheese make for a suspenseful mystery with a hint of romance.

This clever spy adventure features a likable hero and bursts with enough film references to satisfy all but the most hard-core movie buffs.