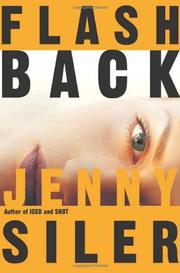 Siler’s fourth tries for Robert Ludlum intrigue and almost beats the plot twister at his own game.

Ludlum didn’t invent the action-hero-with-amnesia-and-a-buried-past opener, but he made it his own. Siler, known for her cool, street-smart, wonderfully vulnerable action heroines (Shot, 2002, etc.), gives the tired device a fresh start when a young American woman named Eve returns to the French convent where she was found a year earlier—alive, with a scar revealing she’d had a child, a bullet hole in her skull that had wiped out her memory. She finds now that all but one of the nuns have been murdered, and it’s clear that the killer was also looking for her. Eve gathers the few belongings she’d had when she was found, including an odd ticket stub from a ferry to Morocco. She assumes the identity of one of the nuns and heads for Tangier to dig up her past. Along the way, she discourses on the current medical lore about amnesia, makes the requisite sardonic comments about tourists and local architecture, recovers a handgun and backpack stuffed with old passports and cash, and finds herself getting long looks from far too many characters. When she’s set up for a robbery and a suspiciously friendly Japanese expatriate winds up dead, she wonders whether she can trust Brian Haverman, the rugged, cagey young drifter who claims to be the brother of a dead man Eve is beginning to remember. She ditches Brian when she finds he’s being less than honest and heads for Marrakech in search of German arms dealer Bruns Werner. Werner’s thugs pump her with memory enhancing drugs, but it’s a picture on the wall that gets her: Werner had some kind of relationship with Eve’s mother! The story loses its way amid too much villainous complication and a sudden ending that doesn’t quite tie up. But it’s a fun ride, nonetheless.

A refreshing but too-brief turn on the international thriller—with better prose, but no more credibility than Ludlum.

THE ART OF THE HEIST
by Jr.,Myles J. Connor
Fiction