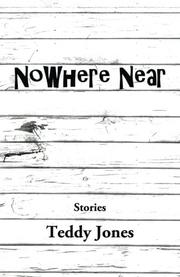 “My father was a spy. Until last year, I thought his only steady work was as a son-of-a-bitch.” So begins “The Secret Agent’s Daughter,” one story in this set that chronicles the indignities, resentments, and familial gripes of a group of aging residents of the Lone Star State. In “Clean Getaway,” an old farmer is forced to confront mortality when an elderly friend fails to show up for their morning game of dominoes. A dying woman in “First Things First” summons her emotionally distant brother home to inherit the responsibility of caring for their ailing mother. Some characters seek to either flee their pasts or delve back into them, such as an author with multiple false identities and a man searching for an explanation for his father’s death many years after the fact. In these 11 tales, characters learn that experiences may not provide lasting wisdom, but they’ll certainly force them to learn a thing or two. Jones writes in a breezy, unadorned prose throughout that captures the earthy poetry of everyday speech: “Days passed, so little different each from the next that she wouldn’t notice how one day she’d have to put on a sweater when she gathered eggs, then a few days later, it was a coat.” Her gruff, guarded men and women embody a subtle humor that expertly summons the character of rural Texas. Not every piece manages to stick the landing, but the best ones provide more than a mere window into ordinary people’s lives—they present a measured examination of the human condition. Other standout pieces include “Across the Vermilion Border,” “The Woman with a Miniature Donkey,” and the title story, which concludes in a moment of earned beauty that will stay with readers for some time.