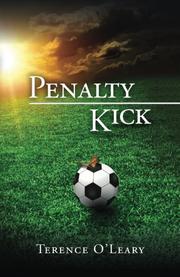 The life of a 15-year-old soccer star is changed in an instant in O’Leary’s (The Town That Never Stared, 2011) poignant YA novel.
“[W]e’re two freaks,” Josh Connelly tells Brooke Avery, a girl who’s known at their high school as the “hat girl,” because she wears them to hide her hair loss from chemotherapy. Although her most recent blood tests were encouraging, Brooke will forever be known as the “girl who had cancer,” and the scars on her leg provide a constant reminder. Josh was once mainly known around school for his soccer skills, until he was in a horrifying car accident in which his mother died. The aftermath is brutal: He starts having anxiety attacks, and heartbreakingly, his father can barely stand to look at him. Brooke does look closely at Josh, however, as she understands his agony: “Like Josh, she had sat in a hospital room with her whole world shattered.” Gradually, with Brooke’s gentle encouragement and the help of a psychologist, Josh begins to accept what happened. The character of Brooke has a quality of serene compassion, without a trace of self-pity, and the same is true of O’Leary’s novel, a graceful, empathetic portrayal of young suffering. Josh’s pain is finely depicted in all its complexity but without any judgment or fussy sentimentality. The author’s respect for his characters is clear, even when they behave less than admirably. Josh’s dad, for example, presents a strong contrast to his son; his reluctance to help Josh may seem abhorrent, but his own hurt is no less relentless and requires just as much healing. Despite the grief that permeates the novel, there are also moments of levity, particularly during several brisk, invigorating scenes set on the soccer field.
A moving study of loss appropriate for both young adults and older readers.