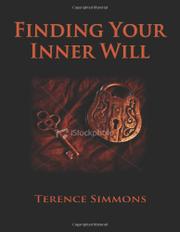 FINDING YOUR INNER WILL

The author outlines his belief in the value of willpower, hard work and making the most of one’s time, and supports his views with incidents from his own life.

After a pair of tragedies early in life—a debilitating sports injury and the murder of a younger brother—Simmons became determined to make the most of his life. After a period of reflection, he opted for a relentless application of willpower, which he defines as “resolutely controlling your behaviors” in order to achieve a goal. Simmons believes that by using willpower to overcome the “lazy bug,” by making the most of one’s time, and by acknowledging weakness while still trying “to stay as close to the perfect side as possible,” the reader can lead a productive life, while achieving personal and professional goals. Simmons outlines and elaborates on this approach, citing examples from his own life and listing concrete steps that can be taken in order to maximize one’s potential. Written as one extended, almost manifestolike essay, the guide brims with passion and energy. Concepts are introduced via key terms, which are defined, then exemplified with anecdotal incidents from the author’s life. The idea that willpower and effective time management lead to success is not new; however, the author presents his philosophy clearly. While the autobiographical examples can appear self-aggrandizing, the intentions are pure, and the author truly wants to improve the reader’s lot. The prose is simple but effective; however, metaphors tend toward overextension, and advice that addicts need only muster up willpower to overcome addiction is simplistic. Still, while there are few new ideas, many may find inspiration in Simmons’ concise, enthusiastic statement of his commonsense beliefs.

A clear, no-nonsense distillation of one person’s guidelines for leading a more satisfying life.