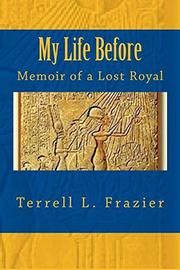 Memoir of a Lost Royal

Frazier’s (Battle of Beginnings: Let there be Light!, 2016, etc.) presents a memoir of a previous existence in ancient Egypt.

The author is a believer in the idea that one’s soul is reincarnated in a new body after death. Although he says that’s he’s lived before in several times and places, this memoir focuses specifically on his life during the 18th and 19th Egyptian dynasties. At this time, Frazier says, he was known as Amenhotep and was a member of the royal family—the half brother of Tutankhamen—and served as both a servant and lover to the pharaoh, Seti I. As the author describes it, he was close to his family, especially his sisters, and he recalls moments of anger, laughter, dancing, and even death. One of the more intriguing aspects of Frazier’s memoir is how he says that his relationships in his previous life manifest in the present. For example, he says that he believes that three of his Egyptian sisters are now reincarnated as his co-workers at Dollar General and that another is a frequent customer. Seti I’s wife, “Tuya-reincarnate,” now works at a grocery store, he writes. Even Seti I’s reincarnation shows up in one of Frazier’s classes, he says, although their romance does not reignite. He devotes pages to his past relationship with Seti I, including several explicit sex scenes; however, Amenhotep ultimately met his demise at Seti’s hands during a battle, he writes. Throughout this memoir, the author offers numerous, disjointed memories and stories but little in the way of historical context or fact despite his claim that he “underwent some super intense massive research.” The disorganized narrative meanders through the past and present, veering off on tangents involving R&B music and actresses Angelina Jolie and Angela Bassett, the latter of whom, Frazier writes, was Seti I’s mother in a past life. Misspellings, improper punctuation, awkward sentence structure, and incorrect grammar are rampant: “I still have a bad habit of losing something, I wouldn’t be surprise if Egyptologists finds anything that belonged to me, because I’m good for losing anything.(Chuckling).”

A rambling and confusing attempt to reconstruct a past life.