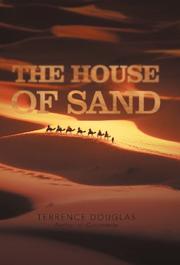 THE HOUSE OF SAND

With wit as dry as desert sand, Douglas takes a satiric look at greed and gluttony in the mythical realm of Aquifia, a kingdom that arose from the sand.

Douglas, author of four volumes of poetry and a Middle East thriller, brings his poetic sensibilities and Saudi security experience to this thoroughly enjoyable send-up. The plot is like a modern fable: Aziz, a wise and humble camel driver, allows a gold merchant to talk him into leading local merchants through a vast, unexplored desert in order to sell their wares at a coronation. The group becomes lost, discovers a large reserve of water, founds a kingdom and makes Aziz king. He, however, allows his son, Sultan—who previously had only food on his mind—to reign. Royalty only expands his appetites, and absurdity rules this tiny land, where foreign salesmen vie to sell everything from safaris to elaborate boats too heavy to float. Aquafians aren’t even permitted to work, since all labor is contracted out to foreigners. A comical cast includes Holycross, an air-conditioning salesman from Georgia; his wife, Clara (who, in a Shakespearean twist, disguises herself as a man); the gold merchant, now known as Three-Seat due to his position on the founding caravan; and a host of inept security personnel, shipbuilders, hangers-on and soldiers who can’t endanger themselves because it’s not in their contract. Douglas handles the interplay of characterization, action and dialogue with poetic elegance. “Aziz poured a second cup of the tepid milk. His eyes moved around the tent—taking in the clutter of pillows scattered on the floor, the bedrolls opened at the far end of the tent, the sandals, the thobes, and sweaters, hanging on the tent pegs, and the sand—clusters of sand everywhere.” Douglas similarly makes excellent use of symbolism, especially when using mirrors to frame certain scenes. Also included are a glossary of terms and historical details related to Sufi poets, whose quotes open each chapter.