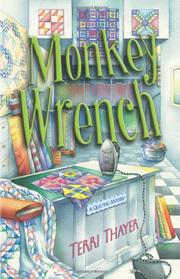 A quilt-shop owner’s ideas for promoting her shop and helping an employee involve her in a case of murder.

In the first time since her mother’s death, Dewey Pellicano’s totally revamped quilt shop, QP, has been invited to participate in the annual Quilter’s Crawl, several days of special events at a number of California quilt shops that draw visitors from long distances. But things are not going as smoothly as she’d like. Her bathroom makeover is not done, her best employee Vangie is busy with college and Pearl, her recently widowed quilting teacher, is acting strangely. Dewey and Vangie have come up with a plan to use Twitter to publicize the event, but when Vangie’s boyfriend, who’s been in a pro-drug rally, dies in her car, Dewey finds herself, not for the first time, in the middle of a murder investigation. Nor are all the quilt shop owners happy with the Twitter idea. When a quilter drops dead in a big crowd at one of the featured shops, Dewey gets the blame. Although Dewey doesn’t see her boyfriend Buster as often as either of them would like, his experience as a police officer assigned to the drug task force comes in handy when she learns that both Vangie and Pearl may be innocently entangled in an illicit drug ring. Her attempts to get her friends out of trouble make her a target for murder.

POSTCARDS FROM THE DEAD
by Laura Childs
Fiction