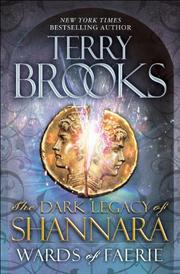 The Dark Legacy Of Shannara

Prolific epic-fantasy novelist Brooks (The Measure of the Magic, 2011, etc.) unveils the first in his latest Shannara trilogy.

The story takes place 100 years after the events of Brooks’ 2005 Shannara novel, Straken, and follows an Elven Druid, Aphenglow Elessedil, on her quest to recover the remaining legendary Elfstones. After discovering a reference to the magical stones in an ancient diary, she becomes determined to find them, in large part so that they don’t fall into the wrong hands. She travels to the Druid fortress Paranor, where she enlists the help of her Elven relation, the powerful Ard Rhys Khyber Elessedil. The Ard Rhys consults the shade of the Druid Allanon, who advises her to gather a group to aid in the quest, including twins Railing and Redden Ohmsford, who wield the magic of the wishsong. Meanwhile, Drust Chazhul, the treacherous new prime minister of the technology-favoring Federation, uses a fleet of airships in a plan to destroy the magic-using Druids once and for all. After having spent the past several years publishing prequels to the original Shannara trilogy, Brooks here tackles a continuation of the vast series chronology. Fans will not be disappointed, for while this first installment primarily serves to introduce the main plot and players, it doesn’t skimp on the action scenes, which crackle as always, including a climactic confrontation between airships and magic. And although Brooks has written some 20 books in the Shannara saga to date—the first, The Sword of Shannara, was published 35 years ago—he shows little sign of slowing his pace; the second book in this trilogy is planned for publication in 2013.