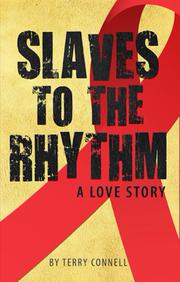 SLAVES TO THE RHYTHM

A writer offers a recollection of growing up gay in the Philadelphia suburbs and a love story set amid the HIV/AIDS crisis of the early 1990s.

Connell ambitiously weaves together three narrative devices—a journal, a traditional memoir, and a timeline of the HIV/AIDS pandemic—but keeps them easily distinguishable through the use of different typefaces. Beginning in January 1993 and covering the final year of his partner Stephan’s life, the journal allows for a raw, immediate account of their relationship as it was tested by the exigencies of survival, with countless moments of tender intimacy and gut-punching reality. It’s an exhausting read—the audience can virtually feel the physical suffering—but the author does not shy away from chronicling the emotional turmoil either, as he wondered how much longer he could care for Stephan at home. Connell also presents vignettes in a refreshing, localized way; for example, he mentions a particular purveyor and flavor of Philadelphia’s famous “Italian water ice” that allowed Stephan to counteract the metallic sensation in his mouth. The sections featuring a more traditional memoir style begin with the author recalling a largely idyllic childhood in an Irish Catholic family. But with the onset of adolescence, his religious doubts and gay sexuality intertwined to complicate matters, becoming a recurring theme, especially regarding fraught relationships with his parents and several siblings. As Connell succinctly comments in the foreword, “It is one of my biggest confusions in life, to watch over and over how a beautiful and heartfelt faith can be so cruel in its expression.” Eventually, these memoir chapters pass the journal entries, ending a year after Stephan’s death, when the author began a new life in Boston. Overall, the only drawback is that the project could use another round of editing. For instance, beyond the distracting spelling and grammatical errors and missing words, the Horsham Clinic somehow becomes the Ambler Clinic, and a reference to Bill Clinton’s election to the presidency (November 1992) appears in the journal, which ostensibly covers 1993. But the illuminating timeline, with content gleaned from cited sources, presents key dates, factoids, and quotations from the early ’80s through 1996, when more effective HIV/AIDS treatment options emerged—a vivid reminder of how medical workers and various communities responded to a health crisis in the face of governmental inaction.

An engrossing and unsparing look at a grueling journey of commitment and acceptance.