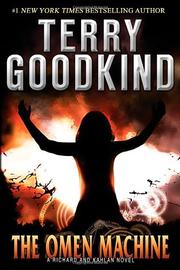 This new entry in Goodkind's longstanding Sword of Truth series directly follows the events of the previous volume, Confessor (2007).

Following the dreadful and debilitating war against the Imperial Order for control of D'Hara—though there are no bodies, no wounded or any damage; the main consequence seems to have been that the leading characters lost half their brain cells—Richard, Lord Rahl and his wife Kahlan, the Mother Confessor (she neither hears nor makes any confessions), settle down at the People's Palace to enjoy, so they hope, a period of peace and prosperity. However, everybody from the realm's assembled dignitaries to the lowliest peasant is suddenly obsessed with prophesy. Though the prophesies all come true, they seem fairly trivial, like "the roof will fall in," until scholars reveal that the exact same prophecies occur in an ancient tome. Then, during a terrible storm, a glass roof does fall in, causing the floor beneath to collapse and revealing the huge, ancient magic-powered machine of the title. The machine commences to churn out the same prophesies. Various unpleasant things happen, convincing the dignitaries that they should be ruled by the prophesies rather than Richard. And, despite the intractable idiocy of the protagonists, some enemies are revealed: the Hedge Maid, whose magic is proof against Richard's irresistible sword, and Hannis Arc, a naked, tattooed super-wizard with a grudge against the Rahls. Such is the general bewilderment that even favorite figures like the old wizard Zedd are given little to do except stand around frowning in puzzlement and stoically ignoring the obvious.

There's general agreement that the series has gone downhill since book 6 or 7. This is book 13, dismally slapdash and often just plain dumb.