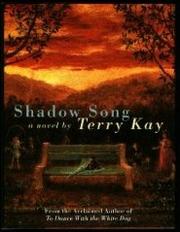 Long-separated lovers reunite in a quiet Catskill Mountains resort town, but precious pretty prose and you-had-to-be-there nostalgia fail to set readers' hearts aflutter. Kay (To Dance with the White Dog, 1990) takes as his protagonist Bobo Murphy, an artist in his 50s who has spent all his life in the South—except for one memorable summer in 1955 when, as a recent high school graduate, he waited tables at the Pine Hill Inn in the Catskills' Shandaken Valley. For nearly five decades, Bobo has clung to his memories of that idyllic summer—the one time, he feels, when he was truly happy and alive. When he learns of the death of Avrum Feldman, Pine Hill's oldest eccentric and his close friend, Bobo grabs the chance to return to Pine Hill and have another look around. He is saddened to find that the old resort hotel and village, whose cultured German-Jewish visitors and clever, wisecracking employees had once seemed as exotic to this Georgia farmboy as Timbuktu, are now a seedy backwater, as barren and dull as his own life. Explorations of the town bring to mind Bobo's first encounters with old Avrum, whose romantic obsession with a famous opera singer inspired the 17-year-old Bobo to woo and almost win a beautiful young Jewish woman named Amy Lourie at the hotel. As he relives that passion, which ended when he returned south to marry a girl back home, Bobo is overwhelmed by regret. Luckily, Amy has also heard of Avrum's death. She appears, ready and willing to give Bobo a second chance at joy. Kay has a gift for evoking beauty in the mundane, but it's still hard to fall for a romantic hero named Bobo. (Literary Guild selection; film rights to Warner Bros.; author tour)