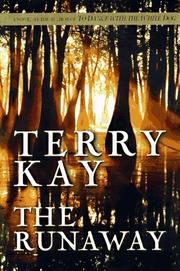 Years-old murders spark racial tensions in the rural South in this latest from Kay (Shadow Song, 1994, etc.). In the small town of Crossover, events have generally abided by Logan's Law—the invention of Logan, a former sheriff who spoke of the ``law of the way things are.'' But it's now the late '40s, when the minds of many townspeople have been broadened by their war experiences, and the new sheriff, Frank, is more interested in justice than tradition. Events are set into motion when two 12-year-olds—Son Jesus, mature, mathematically gifted, and black; and Tom, imaginative, prankish, and white—try to run away from home. As they make their way downriver, self-consciously reenacting Huck's and Jim's roles, they stumble upon human bones buried in an old sawmill. The boys are eventually tracked down and returned to their families, but the bones turn out to belong to Son Jesus' father, who's been missing for a few years—one victim of three racially motivated murders committed, according to longstanding rumor, by a masked man known as Pegleg. As Frank investigates, he finds himself becoming enamored of the pretty young widow, Evelyn Carnes, on whose property the father was found and whose deceased husband may have had a role in the deaths. Meanwhile, Frank's dogged inquiries polarize racial sentiments in Crossover, testing the friendship of Tom and Son Jesus as they approach the end of childhood. The situation reaches a crisis when a local bully, Harlan, is accused of raping Son Jesus' sister Remona, and, shortly after, is found dead, an uncle of Son Jesus a prime suspect. Gracefully written, though the disjointed story, borrowing from such tales of childhood and race as To Kill a Mockingbird to Huckleberry Finn, never really gathers the momentum it should. (Author tour)