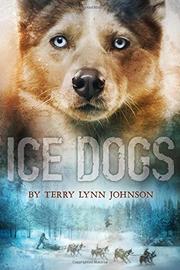 In late winter in the Alaskan bush, a top junior dog sled racer loses her way in this thoroughly engaging and incredibly suspenseful survival story.

The day after 14-year-old Victoria Secord places sixth in a race that qualifies her for the coveted White Wolf Classic, she hooks up her dogs and sets off for what she thinks will be a four-hour run covering an estimated 35 miles. She’s heard that a local competitor “may be getting out of dogs” and is determined to have first pick of his champion leaders. But things get out of hand quickly. She finds and rescues an injured snowmobiler (Chris, a city boy her age) and in her haste to get him home, takes an unfamiliar trail as a blizzard builds; they’re forced to spend that night (and more) outside. Johnson (Dogsled Dreams, 2010), a former musher, clearly writes from a deep well of experience. She admirably depicts the emotional life of a self-reliant, introspective and angry young musher mourning the loss of her beloved father, a trapper and river guide, who died in an accident 14 months earlier. Worried about dehydration, hypothermia, and food for both dogs and themselves, Vicky draws on memories of experiences with her dad to guide them. Though Chris’ ignorance of outdoor life often endangers them, their burgeoning, bantering friendship adds depth even as the well-paced suspense builds.