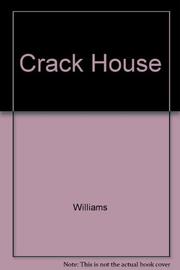 Notes from the End of the Line

Williams, whose The Cocaine Kids (1989) so vividly depicted the world of young N.Y.C. coke dealers, now reports with equal skill and caring on the subterranean depths inhabited by their customers. The crackhouse is a third-floor apartment in a ``faded townhouse'' in Manhattan's West Spanish Harlem. Since 1987, Williams says, he's often visited this drug den as a nonparticipating observer. Owned by an atypical ``crackhead''- -``Headache,'' a late-40s white man of Czechoslovakian Jewish roots—the crackhouse functions as home to a ``family'' of three male and four female addicts, all, except Headache, Dominican or African-American. Writing in tight, clean prose, Williams follows the seven during their daily routines and reveals the arcana of crackhouse culture: how crack became the ghetto's drug of choice; the difference between freebased cocaine and crack, and between crackhouses that deal drugs and those that merely harbor users; the usual crackhouse diet (``thirty-five cent packages of Little Debbie cakes and Johnson cookies and cans of Nutrament''); the special crackhouse lingo (derived, astonishingly, mostly from Star Trek: addicts who want to get high demand, ``Beam me up, Scotty''). More importantly, Williams unveils the hell-horrors of crackhouse life: the maniacal pursuit of the high and its almost invariable twin, unsafe sex; the way addiction can turn an upright citizen into a filthy, self-loathing drug-fiend (e.g., Headache, once a wealthy dry-goods salesman); the rampant, degrading prostitution by women in exchange for the drug. And, unexpectedly, Williams also reveals the surprising tenderness and subtle sense of political rebellion that binds together crackhouse denizens. Compelling ethnography with a rare moral core, important for its clear, persuasive message that these lost souls are victims, worthy of our compassion.