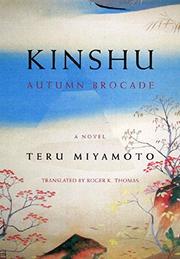 Aki and Yasuaki’s marriage at first seemed blessed. Not only was it a love match, he was the heir apparent to her father’s successful construction firm. But Yasuaki succumbed to his obsession with a former schoolmate and nightclub hostess. When he was found in a hotel room, survivor of a botched murder-suicide, Aki’s father insisted on a divorce. Now, ten years later, the estranged pair’s paths cross at a mountain resort where unhappily remarried Aki has taken her handicapped son. Yasuaki initiates a correspondence, and the two pour out their emotions. Since Yasuaki almost died at his lover’s hands, he’s done little except get involved in bad business ventures, take out bad loans and hide out from angry gangsters. Things begin to look up when his girlfriend, Reiko, a supermarket cashier with a savings account, enlists his help with a promising plan to sell brochures to beauty shops. When a thug shows up at Reiko’s door to collect on one of Yasuaki’s debts, she pays it off with most of her savings, indenturing but also anchoring him. Aki, meanwhile, decides to let her current husband, Katsunuma, go and concentrate on raising her son, who is showing signs of improvement. Miyamoto’s gentle touch with these well-meaning and generally honorable characters lends subtle drama to his treatise on loss.

Revered in his homeland as a delicate observer of life in Osaka, Miyamoto has been little known in English until now. Readers will want more translations, and soon.