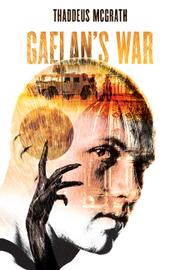 A war-torn hero battles an encroaching population of werewolves in McGrath’s debut novel.

In a prologue that brilliantly sets the novel’s tone, pacing, and potential for suspense, a hunter meets a violent death deep in the woods of northern Virginia after being attacked by a hungry creature on the prowl. Meanwhile, nerdy social outcast Gaelan Kelly, the son of a prideful, retired U.S. Marine and a dedicated nurse, navigates his youth on Long Island, New York. His father wants him to mature with a strong sense of self-defense and advises him to “stand up for yourself and stand up for those who can’t”—the same value system and solid street smarts that his father received in the military. At the age of 20, he becomes smitten with a local girl, Carly Perrino, but soon after they consummate their relationship, he enlists with the Marine Corps and gets deployed to the Middle East. Though brief, McGrath’s depiction of a soldier’s wartime experience and his homecoming is vivid and resonant, as are the emotional difficulties that Gaelan endures upon his return, after he that realizes Carly moved on while he was overseas. Meanwhile, Virginia state troopers and a forensic biologist investigate the hunter’s death; and two undercover vigilantes from a Vatican-commissioned consortium, posing as park rangers, know more than they are divulging. They’re soon joined by others looking to even the score against the werewolves in the name of justice. Later, the Kelly family, hoping for a healing family camping trip, heads to Shenandoah Valley where a bloodthirsty lycanthrope viciously attacks them.

Gaelan manages to escapes the carnage intact, but he suffers a festering bite wound that begins to convert him into a powerful werewolf with herculean strength. As the humanity diminishes within him, he still fights to protect the few people left in his life who mean the most to him—primarily Father Denny, who’s long been his trusted adviser, and who later dispatches him to Asia for intensive martial arts and combat training. He goes on to use these skills to fight echelons of killer werewolves before his own transformation becomes complete and permanent. Father Denny and the Vatican operatives both try to contain Gaelan before he fully transforms and begins killing innocents—and the race between them provides much of the plot’s later momentum. Overall, McGrath provides an assured, highly creative story that incorporates international locations in Japan and Canada as it incrementally shifts into high gear. As the story pits wolf against man, the author loads in plenty of tension, thrills, and unexpected developments at every turn, including an open-ended conclusion that’s ripe for potential sequels. Although the age and spirit of the novel’s protagonist, as well as the narrative’s straightforward prose, would seem to place this book in the YA genre, the graphic nature of the killing scenes, as well as other grisly details, point it firmly toward a slightly older readership.

A briskly written, spirited, and accomplished thriller that readers will be able to sink their teeth into.