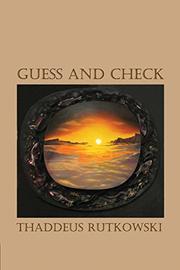 Rutkowski (Haywire, 2010, etc.) delivers a new short story collection, offering sparse prose and pointed observations about one man’s struggle to connect with others.

Born to a serious Chinese immigrant mother and a blustery Polish-American father, the narrator navigates his life with trepidation and uncertainty. To an extent, his childhood in the Appalachians as a young, aspiring artist complements this wariness, as it provides plenty of room for him to explore the great forests, trails, and streams of his home—and the canvasses of his mind. On the other hand, he’s an outsider in most other areas of his life, finding it difficult to relate to other people. His attempts to make friends, find love, and understand those closest to him all seem to fall flat. Later, he discovers a letter from his paternal grandfather, addressed to his parents: “You might love each other now….But think about your children. What will life be like for them? They won’t have friends…and they won’t understand why.” His father is an artist, an alcoholic, and a self-styled revolutionary, while his mother is a grounded woman of numbers and sums who deals with her spouse’s abusive temperament, knowing from experience how much more difficult life can be. Rutkowski shows how the narrator carries his feeling of being between two worlds throughout his life, grappling with questions of family and race, art and science, dreams and reality. Every chapter presents a new vignette, each as tight and condensed as the best flash fiction. Terse, observational prose points out the bare facts of each new situation, above all else. And as each tale moves through new phases in the narrator’s life, there’s always more to discover. The characters are subtly drawn through small, thoughtfully rendered details—the father’s love of Mao and Lenin, the mother’s inability to get anyone to use the children’s Chinese names. These moments make even the shortest snippets stick in one’s mind long after the pages have turned.

A stark, engrossing, Hemingway-esque portrait of a life spent in the margins.