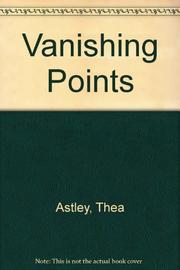 Throughout this Australian writer's harsh-to-playfully satiric novels (Hunting the Wild Pineapple, 1991, etc.), the massive idiocy of institutionalized greed—an individual's or a country's—is dismembered sinew-by-socket. Here, in two novellas, two solitary ones observe Evil on the march, and both have moments of smashing revenge. Both ex-academic Mac Hope, divorced and over the middle-age hill (in ``The Genteel Poverty Bus Company''), and Julie Truscott (in ``Investing the Weather''), married to the awful Clifford, find their evil encapsulated in one nasty, crude, and cruel personage, the scourge of civilized values and of the purity of the natural world—the Developer. In this case, Clifford. It is Clifford who is ``turning into a plastic Disneyworld'' pristine islands like the one opposite Mac's hermitage where Mac courts solitude and peace. When Mac blasts music (Wagner or Bartok are good choices) across the water at three in the morning—sometimes to slap back at the Club Med-type of disco beat—the battle is on. Mac will lose his own island, of course, while he still muses on the nature of solitude and his earlier search with lonely others in his bus-tour days—and in spite of help from another lonely isolate, a kind of young scholar gypsy who leaves before Mac heads for ``the void.'' Meanwhile, Clifford's wife, Julie, hands philandering Clifford a blow when she simply leaves the house and three kids to him and takes on a journalist's job. But rankling cruelties and loss of the kids bring her to despair—and eventually to a small mission run by three saintly nuns in a pure and quiet semiwilderness. Then comes Clifford, resort plans in his pocket. Clifford's end is quite horrible—and satisfying. A bit like the wickedly fun and satiric Fay Weldon. Sometimes cerebrally overengaged in style, but always fresh and inventive.