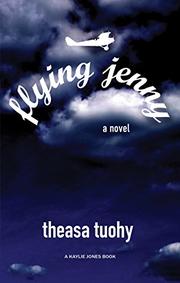 Two brave women battle to live how they choose and become friends in the process.

Set in 1929, this is a story of female friendship and empowerment, a story of self-discovery. In an era when Marlene Dietrich caused a stir for wearing pants, women are trying their hands, for the first time, in male-centric fields. Jenny is a gifted pilot but is not interested in competition and record-breaking, preferring instead to fly when she feels like it and otherwise live her life. When she successfully pulls a stunt no one has tried before—flying under all of New York City’s bridges—another woman-in-a-man’s-world becomes interested in her. Laura is a reporter, fiercely ambitious and willing to follow Jenny to the Midwest in order to get her story. But she has another reason to want to poke around near St. Louis: Her mother is mute on the subject of her father, but Laura has a photograph that proves her mother was in that area when she was young. Laura hopes to find her roots. At first Laura and Jenny clash, but over the course of the novel, as Laura experiences the joys of flying, the two women come to understand one another and to learn from each other. The prose has a tendency to overexplain, in platitudes, who the characters are and how they are feeling. For example, Laura’s bohemian mother lives in the West Village and has an affair with William Carlos Williams; to describe her, Tuohy (The Five O’Clock Follies, 2012) writes, “Free was Evelyn’s favorite word.” For a novel about an exhilarating experience during an exciting era in American history, it tends toward the unimaginative and is often repetitive.

What should be dramatic is made dull in this historical novel.