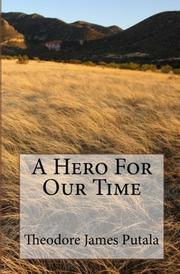 A Hero For Our Time

Putala’s debut explores unrequited love and other hardships in this coming-of-age novel set at a Northeastern college.

Jamie Tarnowski, a student at Amherst College, is infatuated with classmate Jessica Dorfmann, aka “the Princess.” Although Jamie maintains a busy social life on campus, he suffers regular rejection from Jessica. When he isn’t thinking about her, Jamie ponders the lives of writers and hopes to join their ranks. His ties to the town of Amherst are complicated: His mother graduated from University of Massachusetts Amherst, where his father was a professor. As a child, Jamie asked his mother to explain the difference between the state university and the private college. She told him Amherst College is “where you get to go if you’re very smart and very lucky. People of privilege send their sons there.” Despite this promising setup, Jamie’s story grows dull and repetitive. Too many characters appear, yet too few are sufficiently described. Conversations are cluttered with small talk, and the richer dialogue flirts with pontification. “Does liberal arts still exist?” Jamie asks his father. When his father suggests that “a college can become a place for vocational training,” Jamie responds that the pressure to earn money “could totally take humanity off whatever positive track it might be on, and just become this cold world where everyone works for the economy and there’s no higher meaning or beauty or anything like that.” Jamie’s thoughts are often variations on clichés: “You can lead a horse to water, but fail in making him drink it” or “Life comes at you in waves.” Presumably pivotal moments—a car accident, a physical threat, the death of the family dog—are glossed over, while classroom discussion is presented in excessive detail. Even the Princess remains underdeveloped and opaque.

An ambitious attempt undermined by an aimless plot and flat dialogue.