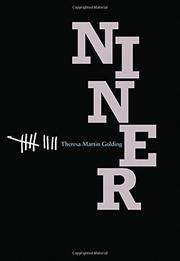 Twelve-year-old Macey (aka “Niner,” due to the fact that she lost a thumb as an infant) obsesses over her lack of resemblance to her adoptive family and believes that her “bad genes” caused her mother to leave home a year ago. When she finds a broken locket on the lawn, she believes it’s a sign from her missing mother and refuses to relinquish it to a threatening drug dealer. What follows is a complicated story of mistaken identity in which the dealer, who never wanted the locket, stalks Macey because he erroneously believes she stole money he hid on her property. In trying to evade him, Macey encounters a number of emotional and physical obstacles until a frightening final confrontation gives her the strength to let go of the fiction that her mother will return. The working-class Philadelphia setting comes to life, and the turmoil of children struggling to understand adult issues rings true. But an overstuffed plot, including the plight of a local runaway, detracts from Macey’s compelling internal emotional journey. (Fiction. 10-14)