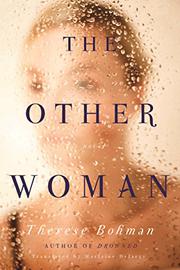 A woman with an almost Dostoevskian loneliness becomes the other woman in this novel of class and passion.

The unnamed narrator has a job that's seen as the lowliest in the hospital where she works—she’s a food worker who serves and cleans up after the doctors, nurses, and staff. She's also, however, something of an intellectual, with an avid interest in Baudelaire, Thomas Mann, and especially the Dostoevsky of Notes from Underground. She struggles with the meaninglessness of her existence but holds out hope that someday she’ll write a novel. Partly out of boredom with her life in Norrköping, southwest of Stockholm, she begins to flirt with Carl Malmberg, a doctor on staff at the hospital. Malmberg starts giving her rides home, and eventually she invites him in. Thus begins a passionate relationship with the married doctor, who is close to twice her age and has grown children. At first the narrator is carried away by the passion, though she has difficulty separating her feelings about the relationship from her feelings on finally having something to write about in her hypothetical novel. Things become really entangled when the narrator begins to share all the intimate aspects of her relationship with Alexandra, a free spirit who turns out to have connections of her own to the doctor—and a desire to get revenge on him.

Philosophical, passionate, and pensive—a novel that explores the psychology of both intimacy and lust.